Policies aimed at reducing greenhouse gas (GHG) emissions from transportation have increased the consumption of renewable and low-carbon biofuels in Canada. Currently, there are several policies in Canada that target emissions from transportation fuels, including the federal Renewable Fuels Regulations, which mandate minimum renewable fuel blending, or British Columbia’s Renewable and Low Carbon Fuel Requirements Regulation, which mandates minimum renewable fuel blending and requires the average lifecycle carbon intensity (CI) of fuel sold within the province to decline over time. Environment and Climate Change Canada (ECCC) and the US Department of Agriculture both provide reporting and estimates of biofuel consumption in Canada. However, there is no comprehensive data source in Canada that allocates renewable fuel consumption by province using data from provincial regulators and no single source that communicates the impact of renewable consumption on GHG emissions and fuel costs.

As such, Advanced Biofuels Canada has engaged Navius Research Inc. (“Navius”) to fill this information gap. This analysis updates the “Biofuels in Canada” reports released in 2016, 2017 and 2018. 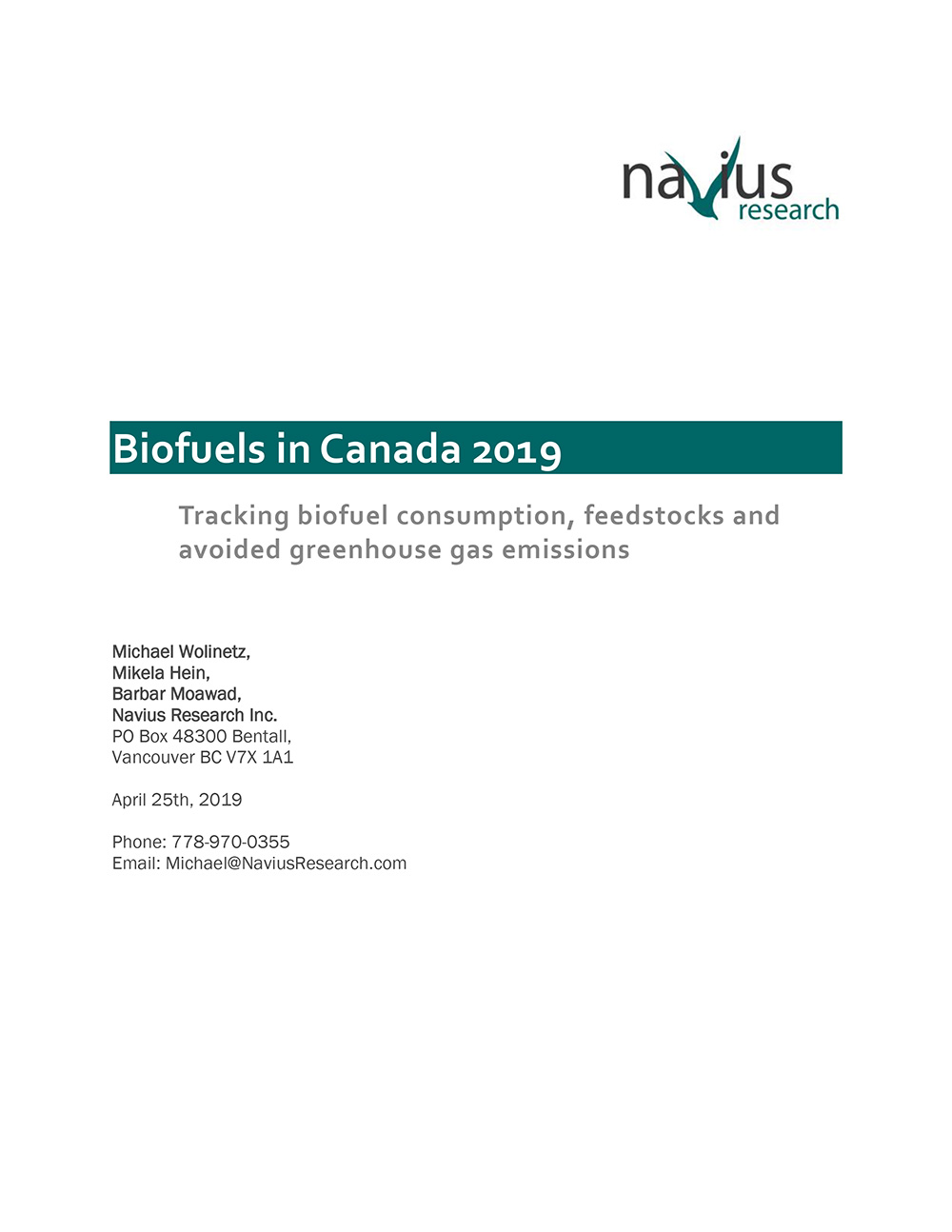