There are many policies designed to increase the consumption of renewable and low carbon biofuels in Canada, and thus reduce transportation greenhouse gas (GHG) emissions. However, there is no detailed and comprehensive data source characterizing the impact of these policies. Environment and Climate Change Canada (ECCC) and the US Department of Agriculture both provide reporting and estimates of biofuel consumption in Canada, while several provincial governments publish data describing fuel consumption in their province, sometimes with estimates of fuel carbon intensity (CI) and GHG emission impacts. Still, there is no comprehensive data source in Canada that allocates renewable fuel consumption by province using data from provincial regulators and no single source that communicates the impact of renewable fuel consumption on GHG emissions and fuel costs. As such, Advanced Biofuels Canada has again engaged Navius Research to fill this information gap by updating the “Biofuels in Canada” report that has been released annually since 2016. 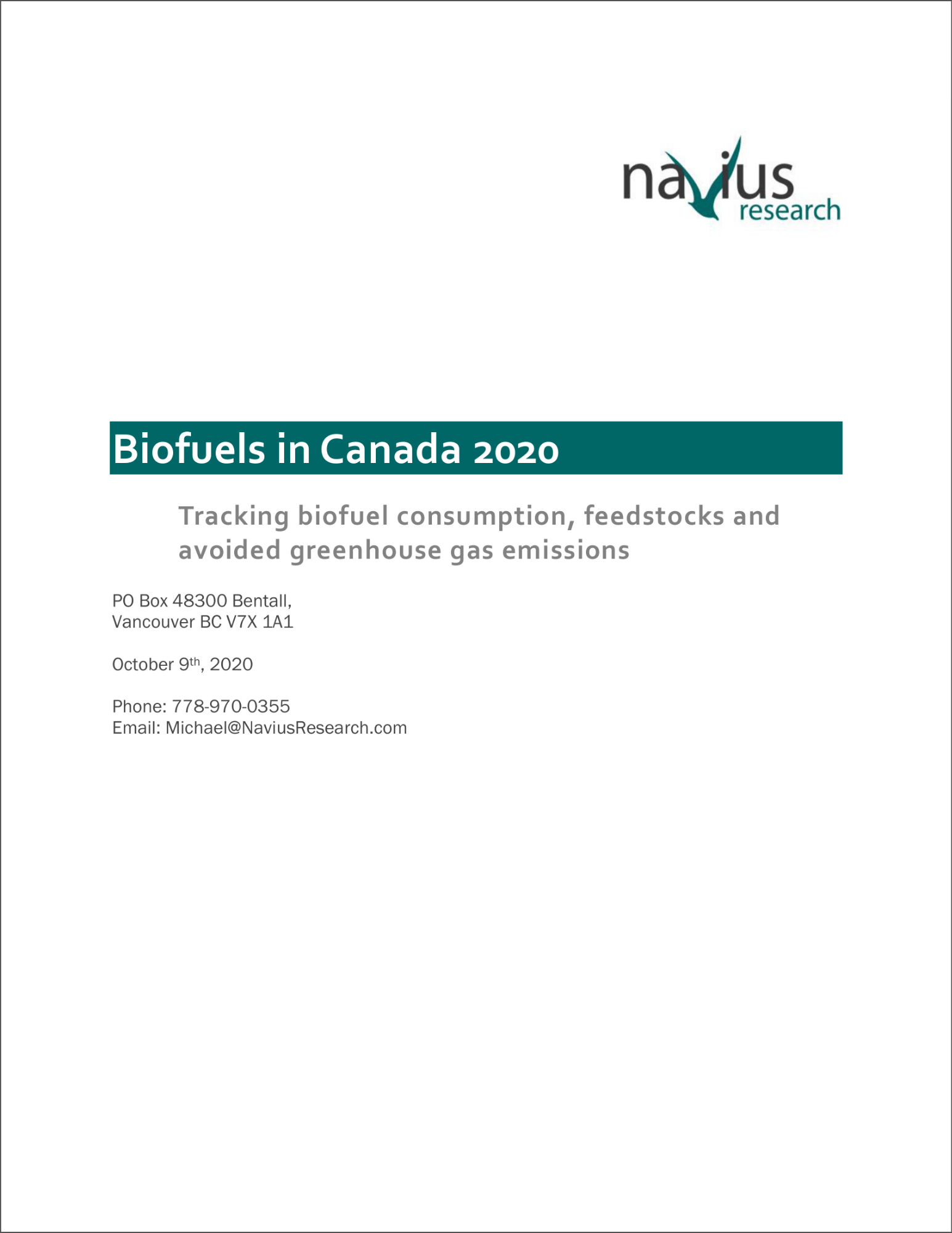