The study includes the estimated economic impact of 2020 (baseline) biofuels production along with the projected (2030) economic impacts of additional biofuels production capacity based on two scenarios of lower and higher buildouts. Economic impacts are presented for the full study area (British Columbia, Alberta, Saskatchewan, Manitoba, Ontario, and Quebec) as well the western (British Columbia, Alberta, Saskatchewan, and Manitoba) and central (Ontario and Quebec)
regions individually. All results are shown in 2020 Canadian dollars. Inputs used in developing the economic impact models included baseline and projected production levels, revenue, and employment, as well as detailed industry spending for each biofuel type.

The two most common types of biofuels produced in Canada today are ethanol and biodiesel. However, some emerging technologies are likely to see increases in production levels in the coming years. These include hydrogenation-derived renewable diesel (HDRD, called renewable diesel in the U.S.) and coprocessing of vegetable oils, animal fats or pyrolysis oil (called biocrude), to produce renewable alternatives to diesel and gasoline. In addition, a number of firms are currently developing novel biofuel production technologies that are in the pre-production and demonstration phases; some of these are expected to achieve commercial production in the coming years. 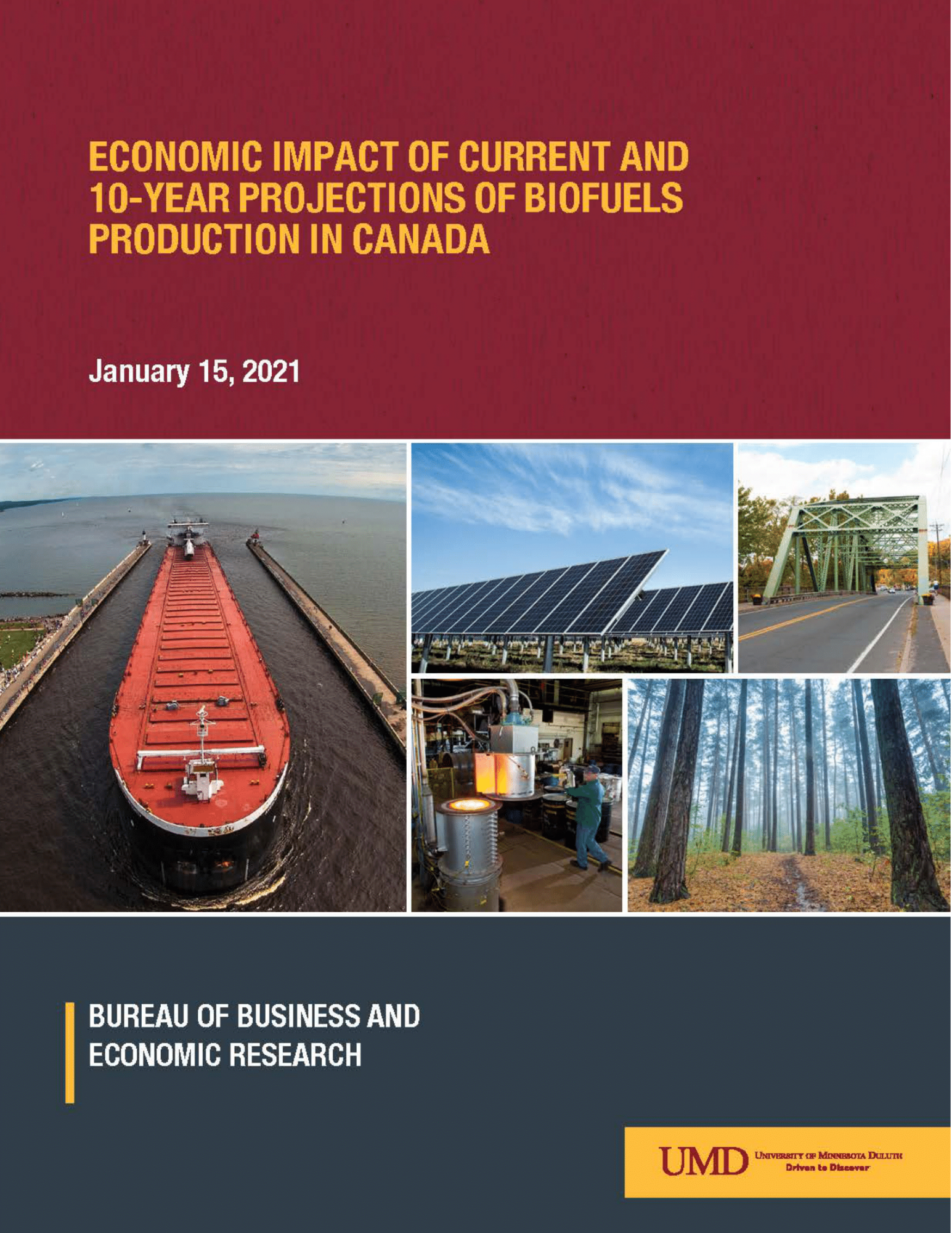