The purpose of this review was to gather and share relevant information on fuel-related operability in transport markets in BC and Manitoba, where renewable fuels have been in the market for at least one year. It was carried out to inform and support Alberta’s transport fleets during the transition to blended fuels in Alberta.

C3 interviewed representatives from four stakeholder groups regarding their experiences since the addition of biofuels in the mandated markets of BC and Manitoba:

Fleets – a large cross-section of different sized fleets ranging in size from 10 to over 1,000 trucks representing over 2,500 trucks;
Motor Transport Associations – in BC and Manitoba;
Engine manufacturers – the three major original equipment manufacturers (OEMs) that represent the majority market share of heavy vehicle engines in western
Canada; Government regulators – in BC and Manitoba.

The conclusion of this review is that the use of renewable content in diesel fuel in BC and Manitoba has not caused any discernable impacts on overall fleet operability.

Note: Responses from motor transport industry representatives in western Canada in early 2013 are consistent the C3 review; biodiesel has been fully operable with no reported instances of negative impact on users. 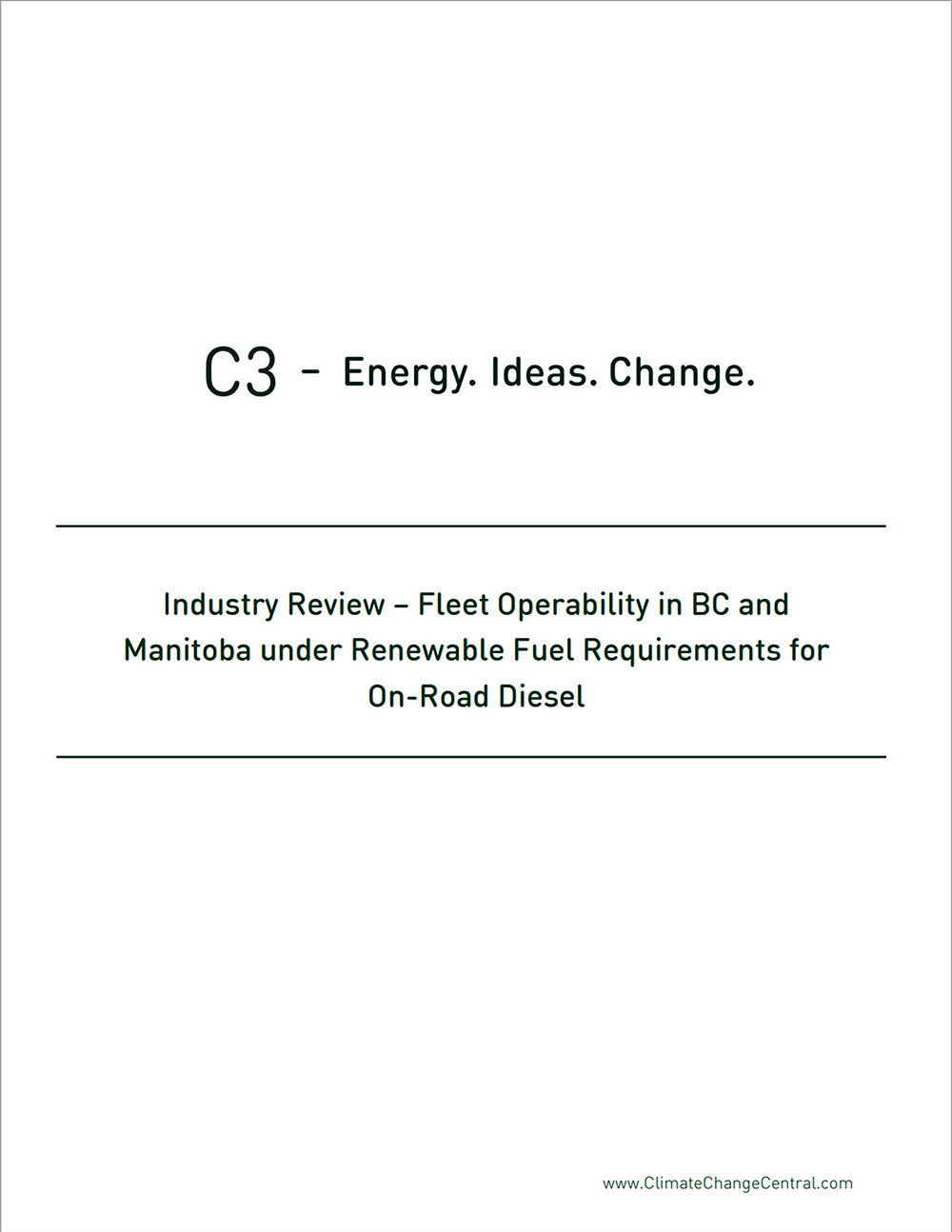