“A significant number of CFS stakeholders have expressed grave concerns that the regulation’s draft design will fail to result in incremental GHG reductions in transportation, particularly because of disproportionate reliance on upstream crude oil sector credits which does not help, in fact hinders, Canada’s near and long-term climate targets,” stated Ian Thomson, President of Advanced Biofuels Canada. “A guardrail mechanism to focus the CFS on non-fossil clean fuels has been proposed – the EU clean fuel program has one – and we ran scenarios to test the impact of such a safeguard. Due to the strength of Canada’s provincial fuel regulations, we also tested the potential for the CFS regulation to do more, by increasing the stringency to align with the current BC and CA LCFS measures.”

“The chief challenge with the CFS as drafted is that this complex regulation will actually add no new demand for non-fossil clean fuels beyond what the provinces have already regulated, all the way to 2030. This new modelling shows that a guardrail plus 20% 2030 target will drive new demand in liquid low-carbon intensity fuels, as well as create stronger demand for electric mobility and renewable natural gas. A guardrail with higher stringency is fully feasible, as is demonstrated in the leading low carbon fuel standard markets. Capital investments in clean fuel production capacity to meet global demand for low carbon fuels is being deployed rapidly in other jurisdictions, with plans to adopt them at scale in Canada. In addition to supporting Canada’s commitments to reduce GHGs, a strengthened CFS will deliver on the promise of significant new cleantech investments in Canada and durable energy sector jobs, as well as cleaner air and lower health care costs.” 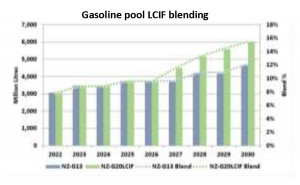 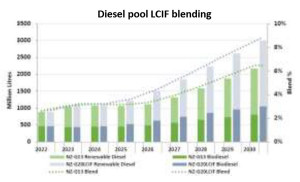 WAESS modelling affirms the indispensable role for low carbon intensity fuels (LCIF) such as advanced biofuels in Canada’s 2030 emissions reduction plan and is a strong foundation to transition to net-zero transport emissions by 2050. The modelling indicates biodiesel and ethanol production capacity in Canada could more than double by 2030, and renewable hydrocarbon fuel capacity – such as renewable diesel and sustainable aviation fuels that support Canada’s marine and aviation sector commitments made at COP26 – could exceed 2 billion litres.

Advanced Biofuels Canada/ Biocarburants avancés Canada is the national voice for producers, distributors, and technology developers of advanced biofuels. Our members are global leaders in commercial production of advanced biofuels and renewable synthetic fuels, with over 15 billion litres of installed annual capacity worldwide. Our members include Canada’s leading advanced biofuels producers and technology innovators and are actively developing new clean liquid fuels production and distribution assets and operations in Canada.